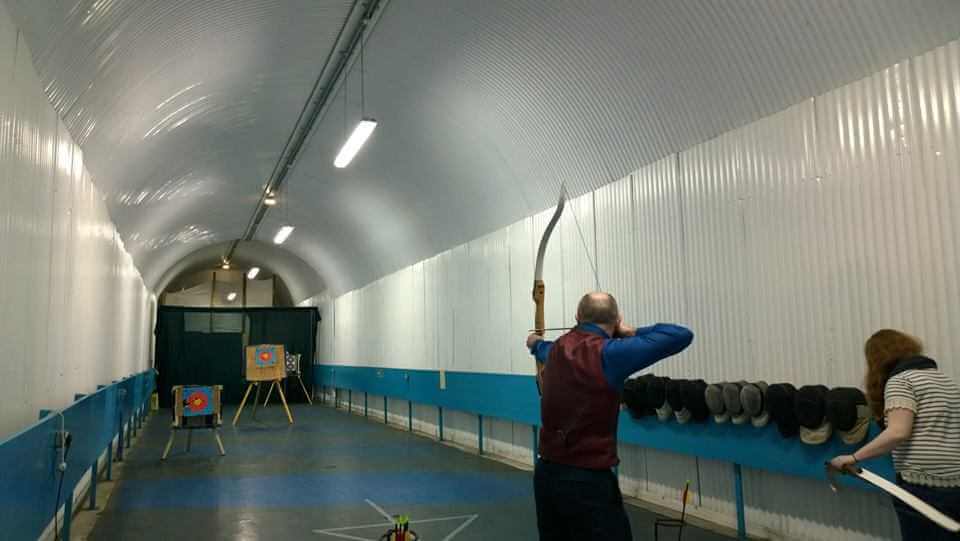 We’ve been catching up with some of our volunteers this week to celebrate Volunteer’s Week. Yesterday we chatted to Simon, one of our Move On Wood Recycling volunteers, who’s gone from never having stepped foot in a wood workshop before to fitting his kitchen out with new units himself!

Today we’re speaking to Edmund, who’s been volunteering as a mentor with Move On since summer 2017. With a passion for youth work, Edmund was working for a small charity which worked with care-experienced young people when the saw our advert for volunteer mentors – and happily for us he decided to go for it!

Edmund has been in his current match with a young person for just over a year. They meet once a week to go to an archery class, something neither of them had ever done before. Edmund says the best thing about the match has been seeing how his “young person has changed from being so shy they wouldn’t make eye contact to someone who gets very competitive with some of the other regulars at the archery class and almost has to be dragged away from the class when it finishes because they’re enjoying themselves so much!” He adds that a particular highlight was “the look on the young person’s face when the instructor told them they were good enough to become an instructor themselves – they weren’t expecting to get such a compliment.”

As well as the change he’s seen in his young person, Edmund has felt personal benefits from volunteering: “One thing I’ve noticed is that I’m getting better at letting things that are annoying me go. I know I can’t bring any troubles or problems with me to meeting up with my young person, because I need to concentrate on them for a couple of hours, so I have to switch off from anything that’s bothering me.” He jokes “I’ll also try to claim archery as a new skill despite my obvious lack of talent!”

Edmund would “most definitely” recommend volunteering with Move On to other people: “My work colleagues can’t see me for dust on Monday evenings as I leave the office to go to archery with my young person!”

If you’re interested in volunteering with Move On, we have a variety of opportunities to choose from: